Home / Let’s Have Some Fun & Adventures / Rainforest Facts
<< Go Back

At Tabatinga we celebrate the world’s rainforests in a fun and interactive way.

However there are serious threats to their survival – awareness and education of the plight of rainforests and their importance to the world is vital.

Do you know how many tropical rainforest plants have been identified as having anti-cancer properties? Or how many continents around the world contain rainforests? And just how quickly are the world’s rainforests disappearing?

Find out the answers to these questions and more as you check out these interesting rainforest facts!

Facts about the Global Coverage of Rainforests: 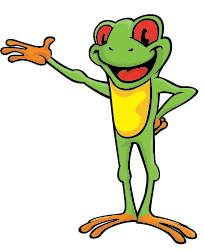 Fact: Rainforests can be found all over the world from as far north as Alaska and Canada to Latin America, Asia and Africa.

Fact: Rainforests are found on every continent across the Earth, except Antarctica.

Fact: There are two major types of rainforest: temperate rainforests and tropical rainforests.

Fact: The largest temperate rainforests are found on North America’s Pacific Coast and stretch from Northern California up into Canada.

Fact: Temperate rainforests used to exist on almost every continent in the world, but today only 50 percent – 75 million acres – of these forests remain worldwide.

Facts about the Rainforest as Part of our Global Environment and Well-being:

Fact: Rainforests act as the world’s thermostat by regulating temperatures and weather patterns.

Fact: One-fifth of the world’s fresh water is found in the Amazon Basin.

Fact: Rainforests are critical in maintaining the Earth’s limited supply of drinking and fresh water.

Facts about the Abundant Life and Important Resources that Rain forests Share with Us:

Fact: A typical four square mile patch of rainforest contains as many as 1,500 flowering plants, 750 species of trees, 400 species of birds and 150 species of butterflies.

Fact: Rainforests provide many important products for people: timber, coffee, cocoa and many medicinal products, including those used in the treatment of cancer.

Fact: Seventy percent of the plants identified by the U.S. National Cancer Institute as useful in the treatment of cancer are found only in rainforests.

Fact: More than 2,000 tropical forest plants have been identified by scientists as having anti-cancer properties.

Fact: Less than one percent of the tropical rainforest species have been analysed for their medicinal value.

Facts about the Threats to Rainforests, Indigenous People and Species: 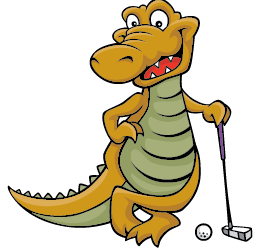 Fact: At the current rate of tropical forest loss, 5-10 percent of tropical rainforest species will be lost per decade.

Fact: Nearly 90 percent of the 1.2 billion people living in extreme poverty worldwide depend on forests for their livelihoods.

Fact: Fifty-seven percent of the world’s forests, including most tropical forests, are located in developing countries.

Fact: More than 56,000 square miles of natural forest are lost each year.

Experience for yourself why everyone is saying that they had the best party ever at Tabatinga!